As of today, NES is currently working in conjunction with the global electrical and engineering giants Siemens on a prototype electrical storage unit. A project which could potentially extend the reach and impact of its work, beyond anything the company has ever achieved to date, proving that NES is the only electrical company required for a reliable, professional service, with an unconventional flexibility tailored around your needs.

You only need to head down to what was once Kirkland’s Brewery  the trendiest wine bar on Hardman Street, Liverpool to view the impressive scope of work from NES. Now known as The Fly in the Loaf, NES completed a full electrical refurbishment in the early 2000's, leading to a full blown interior refurbishment ten years down the line.​ Head down to The Fly, as it affectionately known locally, to view first hand the capabilities which time on time NES have produced (also see gallery for details). Coupled with this notable project, came work on another staple Liverpool drinking hole and full interior refurbishment  of Thomas Rigby’s & Lady of Man on Dale Street, pop in for a pint and marvel at he  modernised surroundings. By staying true to it's original features, integrating modern technology as well as a well needed lick of paint. NES included in the expansive project  a brand new bar, interactive LED lighting, the latest flat screen TV's and a state-of-the-art sound system to bring it right up into modernity. Therefore showcasing variety of capabilties of NES from electrical installations to bespoke tailored woodwork and flooring installations.​

Conventionality
With the rise of the student population growing year on year in Liverpool, in tandem with it's flourishing nightlife and the rise of Cream Venue. NES  has formed the bedrock for many modern, domestic and commercial installations of student accommodation as well as updating many tired pub and club facades of Liverpool along the way. From well known establishments such as The Dispensary on Renshaw Street, Doctor Duncan’s, The Pilgrim and The Brewery Tap, these business ventures led to an unconventional, yet flexible reliance associated with NES today. We are a company that is ultimately based around the needs of the customer, as opposed to the needs, routine and stringent working structures of other electrical businesses.

As Early as 1994, NES  opened a branch of its business known as Energy Management Systems, which focused upon saving unused electrical energy where possible. Topshop on Oxford Street and subsequently a number of hotels in London acquired its business. Working in conjunction with the air-conditioning giants Baxi, in the prestigious Canary Wharf area of London's financial district. Although it was not to last, the venture was way ahead of its time, this demonstrated NES’ bravery in taking risks in the market, with the focus of progression for the company. Later on NES opened another branch of its business known as NES Solar which focused on the national boom of solar panel installation. 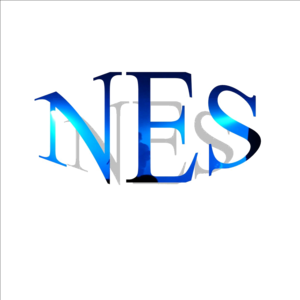 From as early as 1995 NES has worked and continues to work within the flourishing industrial sector of shipping container conversions. From being utilised at the Beijing Olympics of 2008, to the Falkland Islands research facility. Another unlikely yet welcome challenge for the firm company, these containers have also been used as the current base for the British Antarctic Survey Unit with each order being bespoke to their specific needs and requirements. NES have quite literally reached each corner of the globe, in addition, containers converted by us have also been used as far afield as the North Pole and even Kazakhstan!

​​From Dixons & PC World to LHT (Liverpool Housing Trust), who entrusted NES with the vast installations of CCTV throughout its expansive property portfolio. From LHT to the Postmaster House at the world famous Albert Dock back in the early 90's, thus  beginning the start of a successful and prolonged career in refurbishments, both electrical and further down the line l